Tweet
Back to Talk Back to High School Report abuse 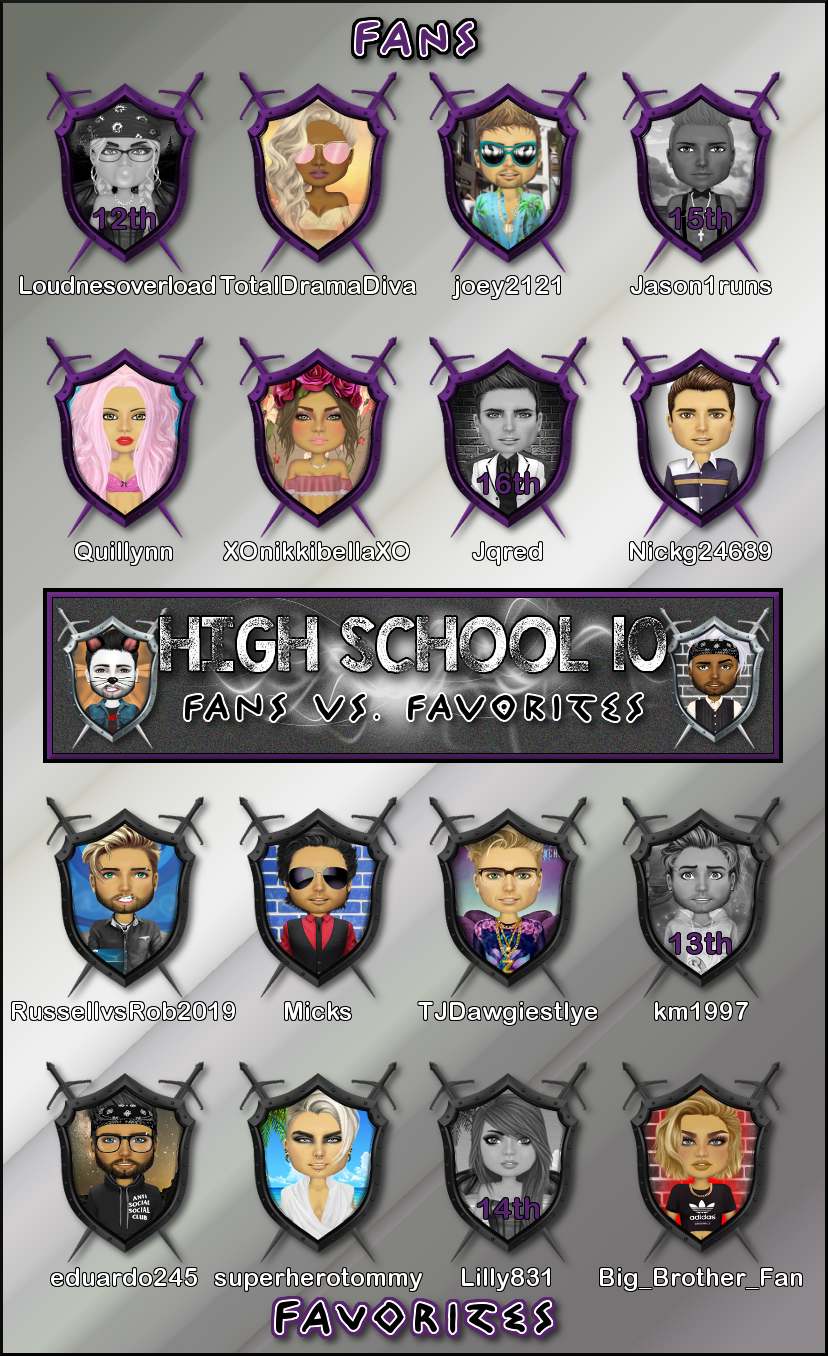 Welcome back to High School 10! Last round, @Loudnesoverload was shockingly evicted! Who will face eviction next? Find out tonight!

At the next challenge, @Big_Brother_Fan , @TJDawgiestlye , @Nickg24689 , and @XOnikkibellaXO /Quillynn came out on top and became the leaders of their clique. They each had to nominate someone from within their own clique.

Big_Brother_Fan: I nominate Sarah. She's too dangerous at this point, and the frontrunner to win it all.
TJDawgiestyle: I'm nominating Superherotomny, solely because my first nominee choice was taken and I have plans.... I'm trying to make a merge happen so if Peyton is as faithful as he says with his plan then you shouldn't be facing the mob tonight
Nickg24689: I nominate TotalDramaDiva... we haven’t exactly been talking to each other everyday building a connection and the fact that you have yet to be nominated is why I’m going to need to put you up. Slim pickings girl! Gl with the SL.
XOnikkibellaXO/Quillynn: I decide to nom Joey because there's only 2 of you and I nommed you before.

Since @Big_Brother_Fan scored the highest out of the 5 Clique Leaders, he is the next School Leader! He will be the sole decider as to which of the nominees will be facing the public vote and also be receiving a temptation.

Further Info
Jury begins at final 9
Peyton for taking the temptation earned immunity till final 9
TotalDramaDiva is nominated this upcoming round no matter what
Merge Twist: Self Destruct

You might want to second guess if you trust your partner before going for SL, because they could just blow up your game.
That's because throughout the merge, if you win SL and your partner is still in the game, your partner will have the opportunity to use a power called Self Destruct. If a person Self Destructs during their partners reign as SL, they will have to tell us before final noms are revealed, and it will over-ride the SL's nomination choice and put both the SL and their partner up for final eviction

It's a risk, but if you're secretly out to get you're partner, just might pay off


Thanks for reading! Please leave your thoughts on the episode in the comments and +5!